In the footsteps of the ‘Wilde Bande’

Located in the Pfeis area at the heart of the southern Karwendel mountains is the welcoming Pfeishütte hut. This is the starting point of the fourth stage on the Karwendel Höhenweg trail, which sees you cross the Stempeljoch and Lafatscher Joch saddles before making your way to the Bettelwurfhütte hut. 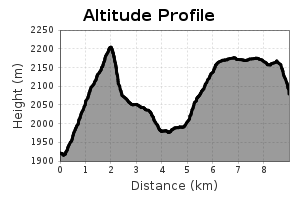 Starting from the Pfeishütte, the fourth stage of the Karwendel Höhenweg trail sees you head across the Stempeljoch before reaching the Bettelwurfhütte. On the way, you follow a trail created by the ‘Wilde Bande’ mountaineers’ group that was founded in 1878. This stage takes you through the mountain pines and Alpine pastures of the Pfeis area, rewarding you with breath-taking views over the craggy Karwendel mountains and down into the Halltal valley.

Stage description:
Starting from the Pfeishütte hut, follow trail 221 (= Via Alpina) eastwards and complete the gentle ascent to the Stempeljoch ridge between the Pfeiser Spitze and the Kleine Stempeljochspitze mountains. Once you have reached the ridge between the Pfeiser Spitze and the Stempeljochspitze at an elevation of 2215 metres, you must then make a steep descent as the trail leads across a gravel field. CAUTION: in early summer, the Stempelreise gravel field may still feature a very large amount of old snow that is extremely hard and frozen in the mornings (risk of falling: Snowline Spikes and sticks provide optimum protection)! After a descent featuring a difference in elevation of around 140 metres, you turn left on to the Wilde-Bande-Steig trail. Fields with old snow are also a common sight at this intersection. The trail begins by leading you below the east and south faces of the Stempeljochspitze, the Roßkopf, the Großer Lafatscher and the Kleiner Lafatscher mountains, with very little variation in elevation as you head towards the Lafatscher Joch. Approaching the Lafatscher Joch (2081 m), you have to complete another ascent with an elevation gain of around 80 metres. As of this point, trail 222 (= Via Alpina) heads east with a gentle incline as it passes through the Kleines Speckkar and Großes Speckkar cirques. The final part of the journey before you reach the Bettelwurfhütte hut is characterised by panoramic views over the Halltal and Inntal valleys, with the mountain hut sitting atop the south face of the Kleiner Bettelwurf mountain like an eagle’s nest. 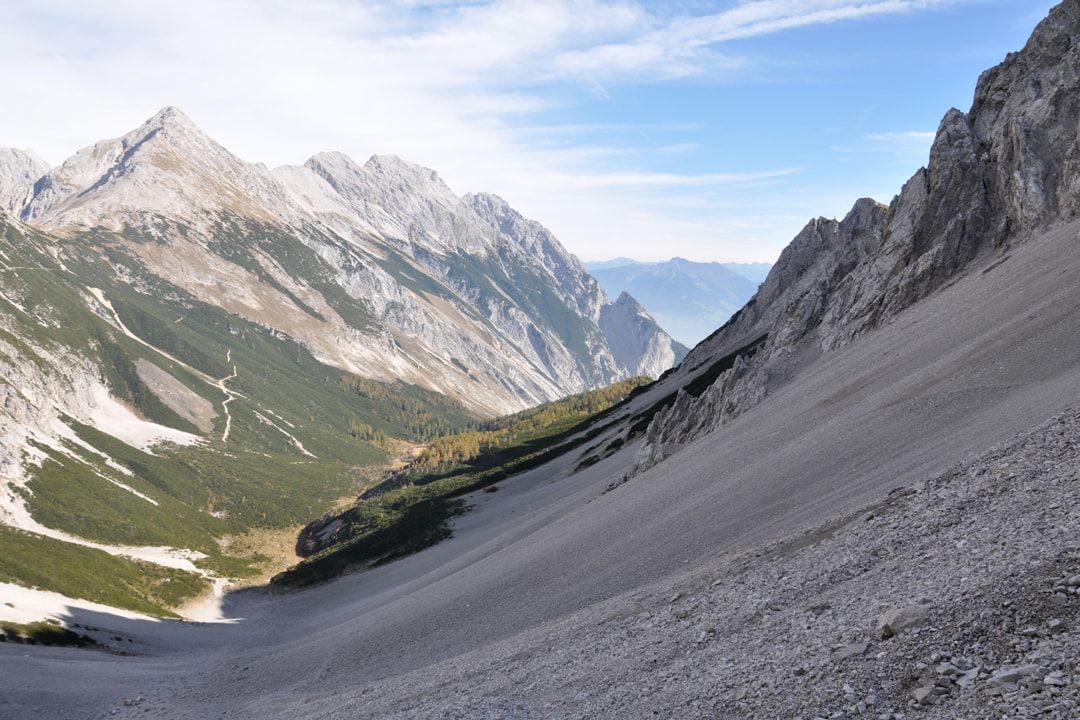 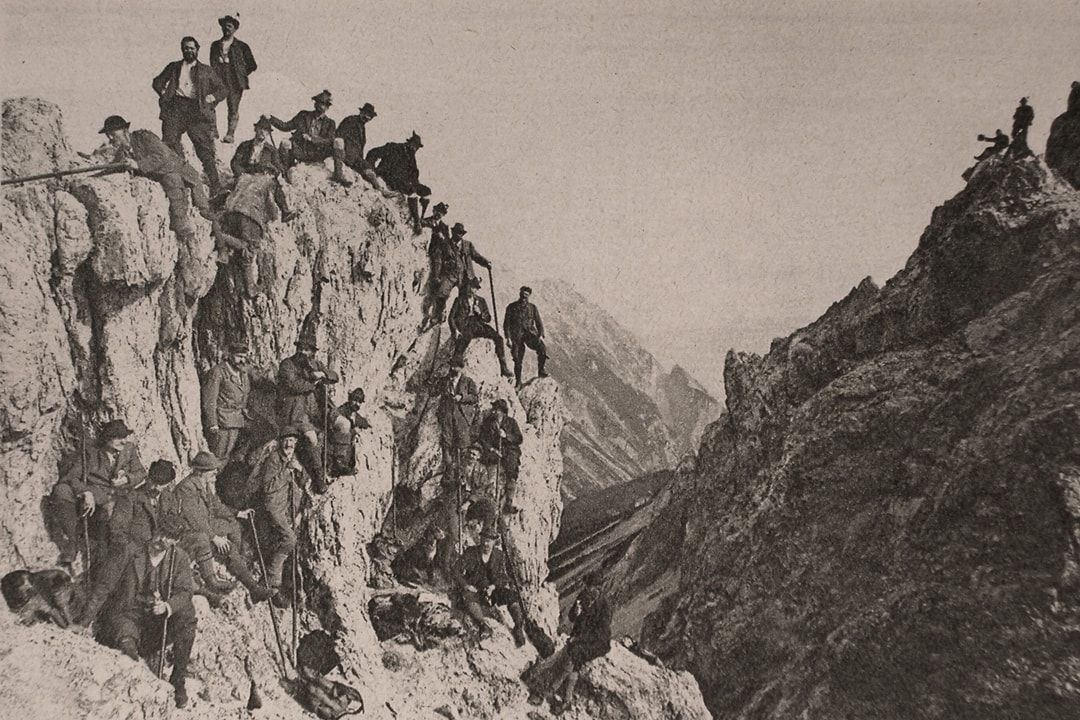 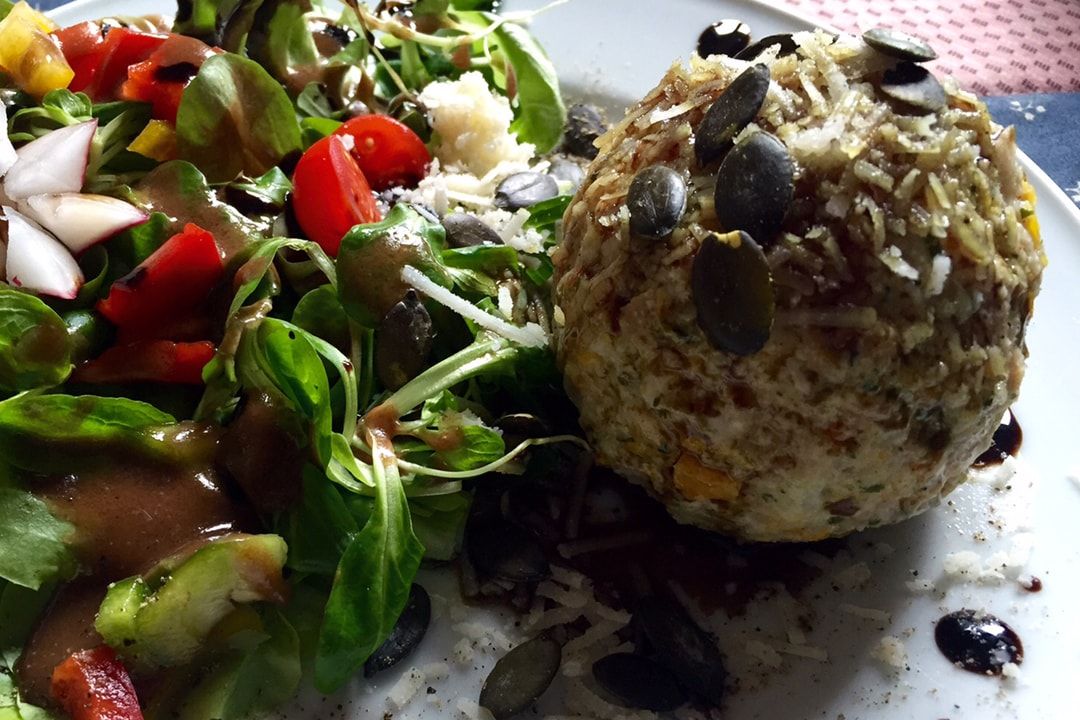 Good to know:
Once you have crossed the Stempeljoch, you begin traversing the Wilde Bande trail. This was established in 1929 by the Innsbruck-based ‘Wilde Bande’ mountaineers’ group in close cooperation with the salt miners and leads to the Lafatscher Joch. On 20 October each year, the members of the group crossed the Hungerburg and the Arzler Scharte gap before ascending the Stempeljoch as a means of celebrating the anniversary of their founding in 1878. 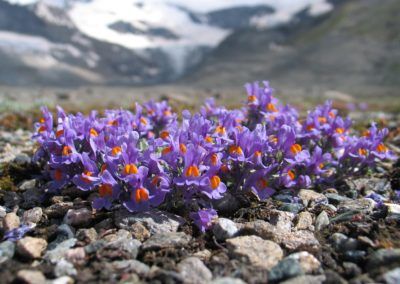 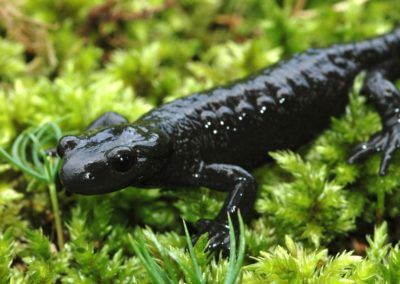 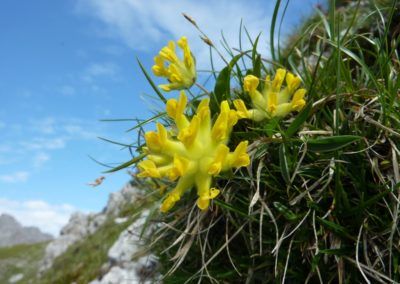 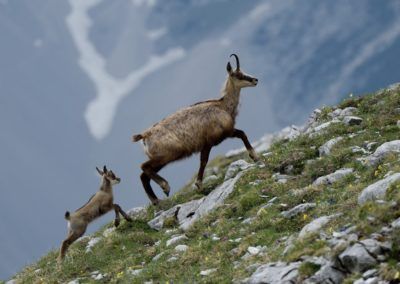 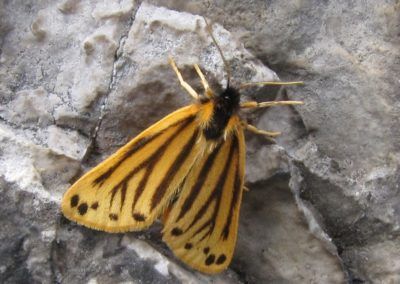 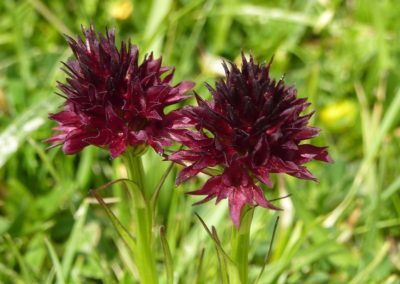 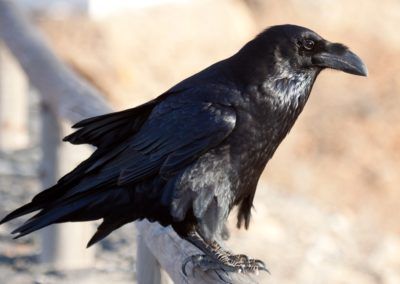 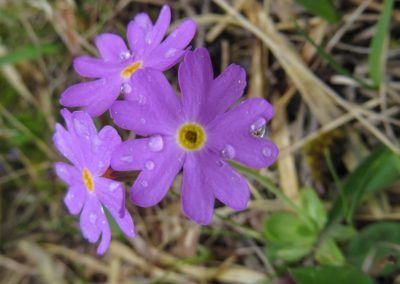 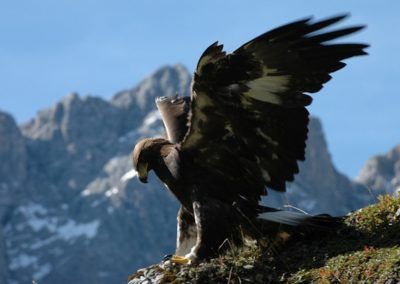 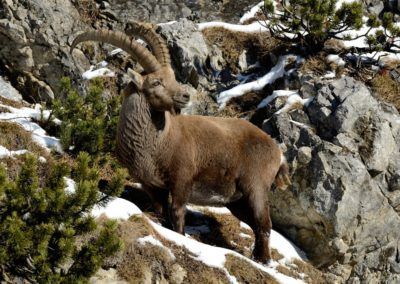